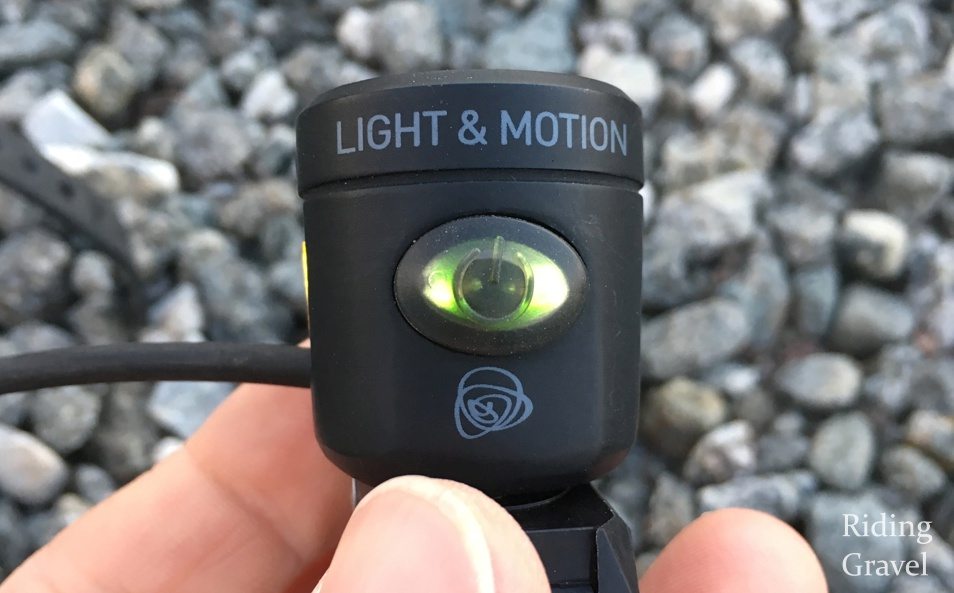 Since there is only one sample left in our group of lights we began with, and since none of them have been my favorite light so far, then it looks like the Light and Motion Imjin 800 is my top choice for gravel bike use. It’s not perfect, and we will talk about that soon enough, but it is a compelling light for many reasons. First, let’s look at what we have here.

Imjin 800’s powerfully focused beam and compact size make a versatile light for any type of riding and is perfectly designed to run on your helmet. Designed to maximize output in a compact design, the Imjin features an optimized reflector that uses micro peens to make the beam broader and smooth without hotspots. With an external battery for the longest of rides, the Imjin 800 is built with the epic in mind.
Featuring:
• 800 Lumen output certified to the FL-1 Standard
• Engineered with the best CREE LED and enhanced firmware.
• Custom engineered reflector optimizes the light to provide a smooth, even beam pattern that focuses the light exactly where you need it.
• Multiple mounting options including a low profile helmet mount and GoPro interface.
• Beam pattern was engineered to maximize riders’ depth perception using optics that eliminates the snowball effect with a clean transition across the beam.
• Multiple settings including ‘Race Mode’ which toggles between high and medium only ideal for offroad riding 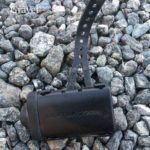 It is a bit obvious, both from the website and from the way the light is packaged, that the focus of the Imjin 800 is as a helmet mounted light. I never used it that way. In fact, the Urban light line from Light and Motion is basically this head piece (reflector, LED) in an all in one light style. But one of the things that caught my attention and attracted me to the Imjin 800 was the separate battery pack. That allows you to scale up the battery size as needed. The stock pack with the light is a 2 cell, but also available is a 3 cell and a 6 cell pack. I was told that one cell adds about an hour of run time per cell. So you could run a bigger pack to begin with or carry an extra pack and swap when needed. It’s not a bad deal.

The Not So Good: 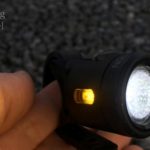 The Imjin also has that super functional Race Mode where I can get high and medium only, toggling with a button press. Love that. It’s about all I used on it. It has a multi-mode option with flash as well if you want that. Medium mode is still very usable for flat road cruising.

The small form factor of the light head, the very good light pattern, the just about right Lumens rating, the battery options, and the excellent- to my way of thinking- dual race mode tips the scales to the positive side for me despite the odd (in this day and age) charging system. For those reasons the Light and Motion Imjin 800 is my favorite gravel bike light of the pack.

Note: Light & Motion sent the Imjin 800 at no charge to Riding Gravel for test and review. We were not paid nor bribed for this review and we strive to give our honest thoughts and opinions throughout.