Dave Schlabowske, the Deputy Director of the Wisconsin Bike Fed, is back for his midterm review of the Fyxation Crusher. If you’ll remember, Dave kicked things off with this initial review post in May. Read on for some of his thoughts after spending some time on Fyxation’s new adventure/gravel/all road bike. 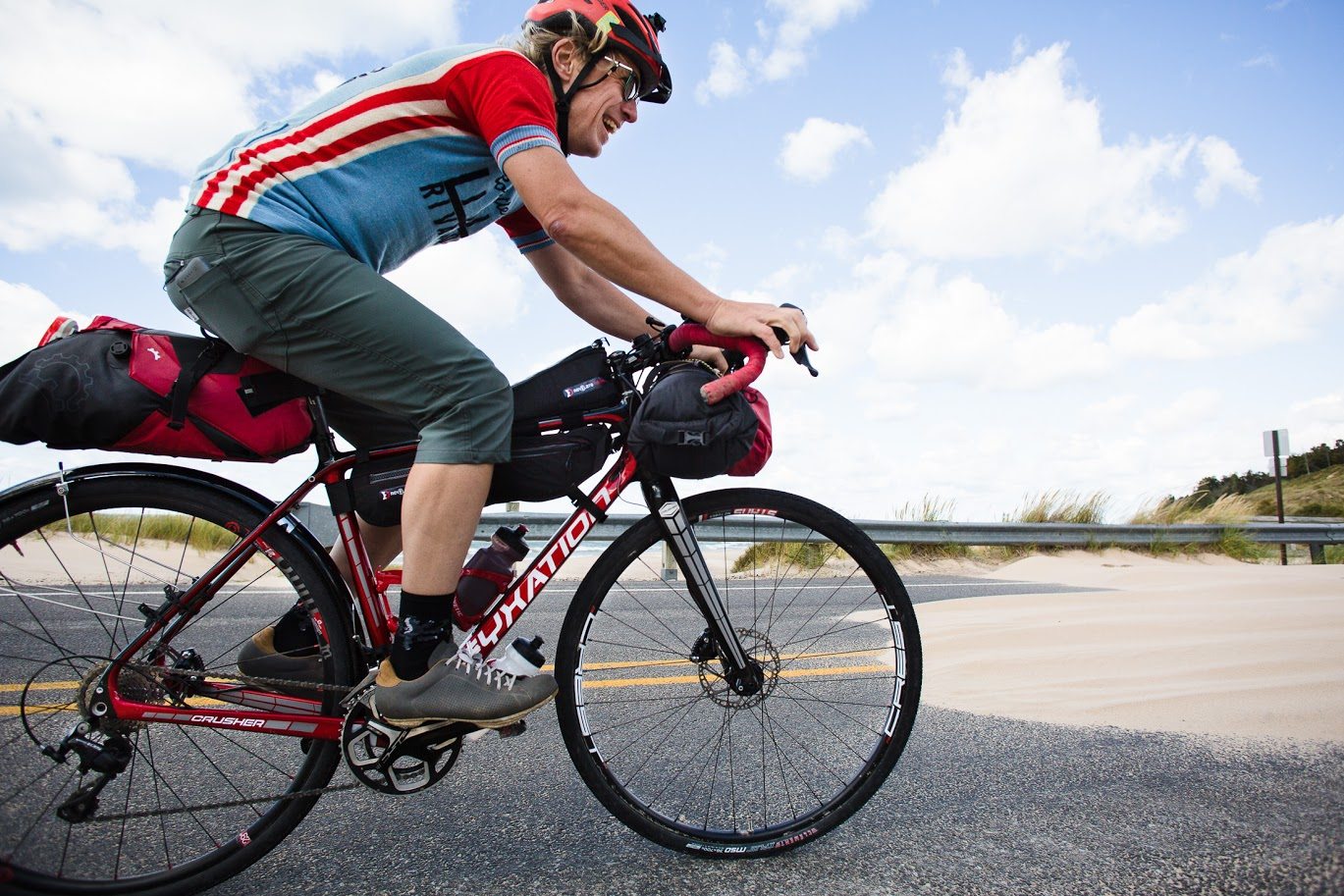 I had a prototype when I wrote the Getting Rolling report about the Fyxation Crusher carbon adventure bike. I now have about 500 miles on the production version of the same bike, including a Lake Michigan multi-modal circle tour bikepacking trip.

We took the Lake Express High-Speed Ferry from Milwaukee to Muskegon, then road up the Michigan coast to Luddington, where we took the SS Badger back to Manitowoc, and back down to Milwaukee.

The trip was only 30 percent gravel, but it was really fun, and a good first test of the bike under load. The fully loaded bike, decked out all my gear in Relevate bags, performed beautifully. Even with my camera gear (Sony A6300, 16-50 kit lens, Sony 70-200 F4 and Sigma Art 19mm F2.8), the bike and Relevate bags loaded with my Zpack Soloist tent, Exped Symat Hyperlight M air mattress, Big Agnes Horse Thief 35 sleeping bag, all my clothes, spare tubes, Road Morph pump, multi-tool and other sundries, the rolling weight was 42.5 pounds. 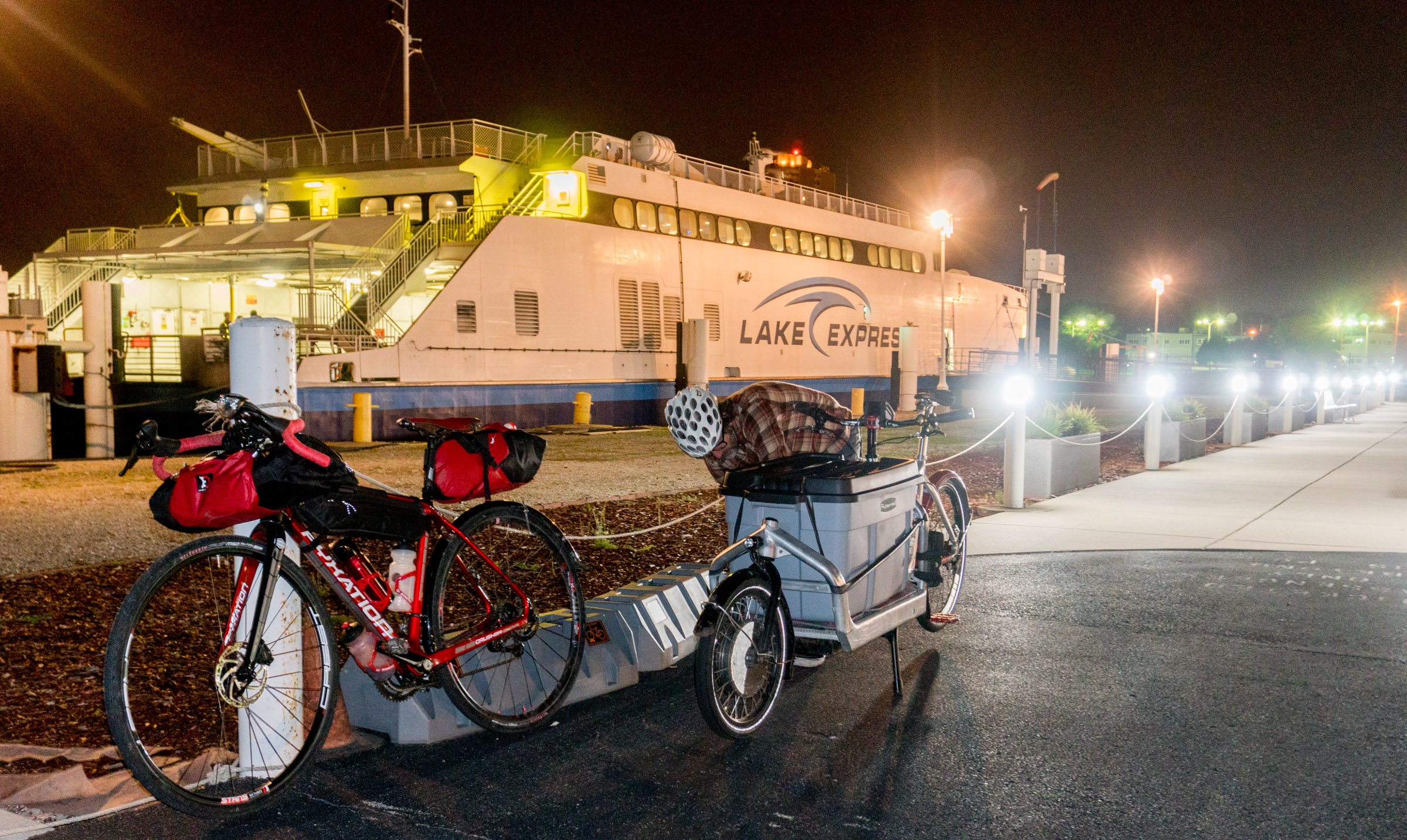 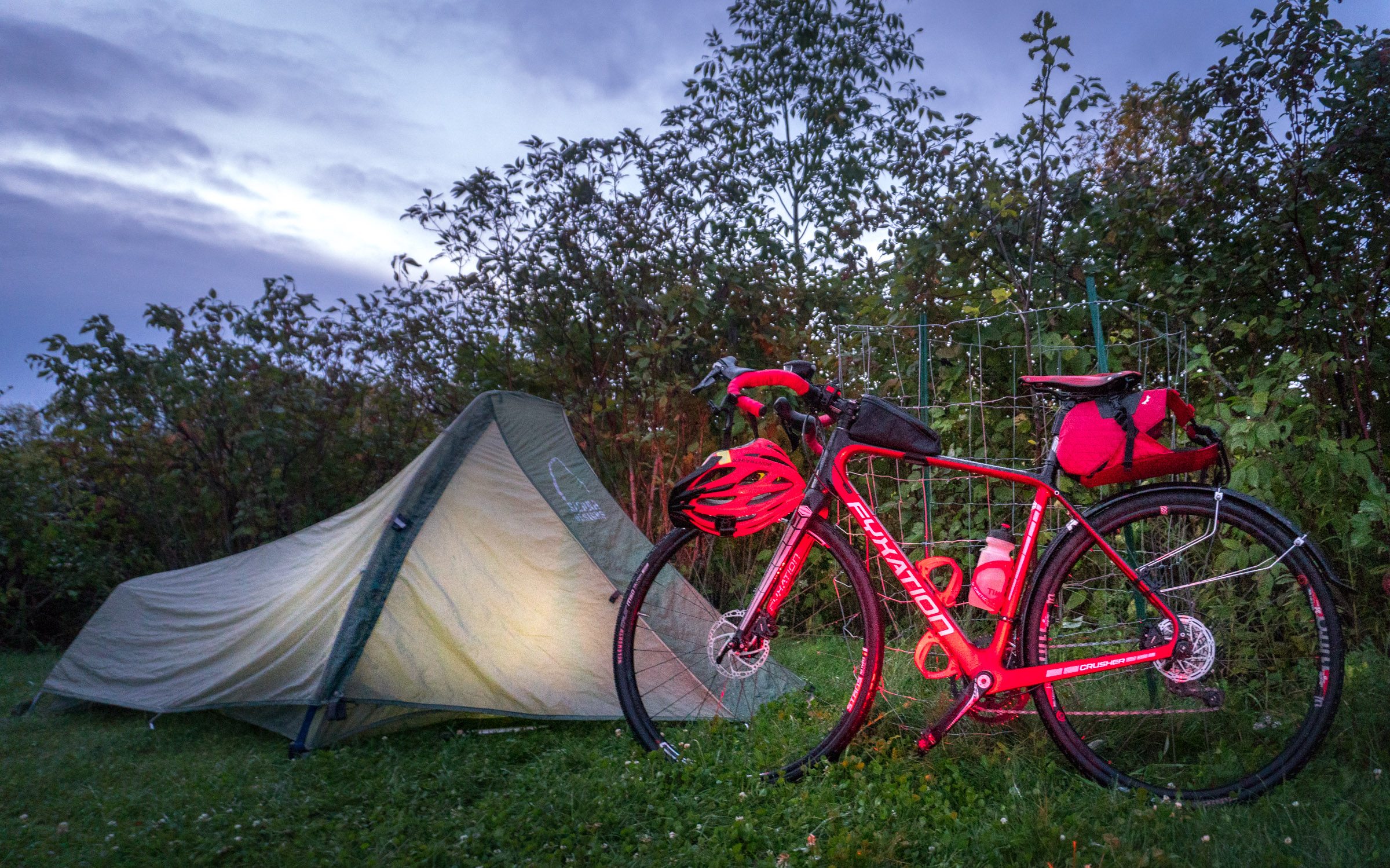 The only major change in my build from the prototype to the production bike is that I swapped out the front Industry Nine wheel for a Stan’s Crest Mrk3 rim laced to a Shutter Precision PD-8X M dynamo hub with locally made Wheelsmith spokes. That hub powers a Busch & Müller Luxos U light, which is also able to keep my iPhone charged all day while I use RideWithGPS to navigate.

The most noticeable change from the prototype frameset to the production carbon frame and fork is the paint and clear coat. As a proud son of Milwaukee, and an old-school wrestling fan, I am definitely biased, but I think the bike name and graphics are killer.

Less noticeable, the production frames got improvements to the locations of the fender/rack mounts. The rear rack mounts are now facing out like most eyelets on dropouts rather than facing backwards. This means they have a much higher weight capacity because they don’t require the screw in fender eyelets, which are not really intended to be used with racks and panniers. 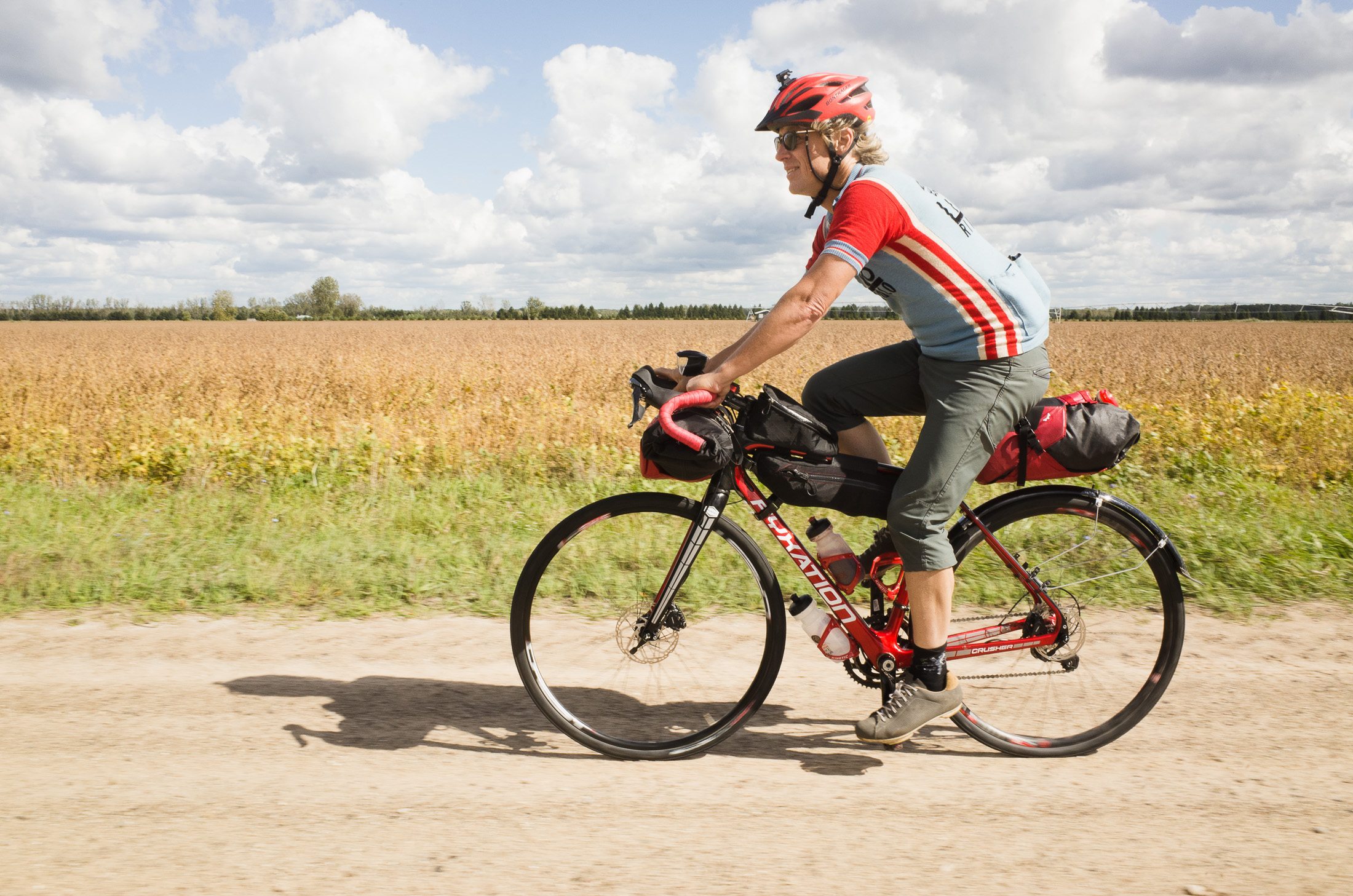 Also improved from the prototypes were the thru-axles. The Crusher still has 12mm front, 10mm rear, but now has the latest Shimano road standard, including integrated thread on the rear dropouts. The prototype frame used an external nut, which was more of a mountain bike adaptation.

I didn’t get my biggest wish with the production version though. I had asked Fyxation design engineer/owner/partner (with his brother Ben) Nick Ginster for water bottle mounts on the fork legs, and a light mount on the front of the carbon fork crown. For some reason the engineers at the factory where these forks are made refused to make the changes. They argued this carbon fork could not handle the stress in those locations. 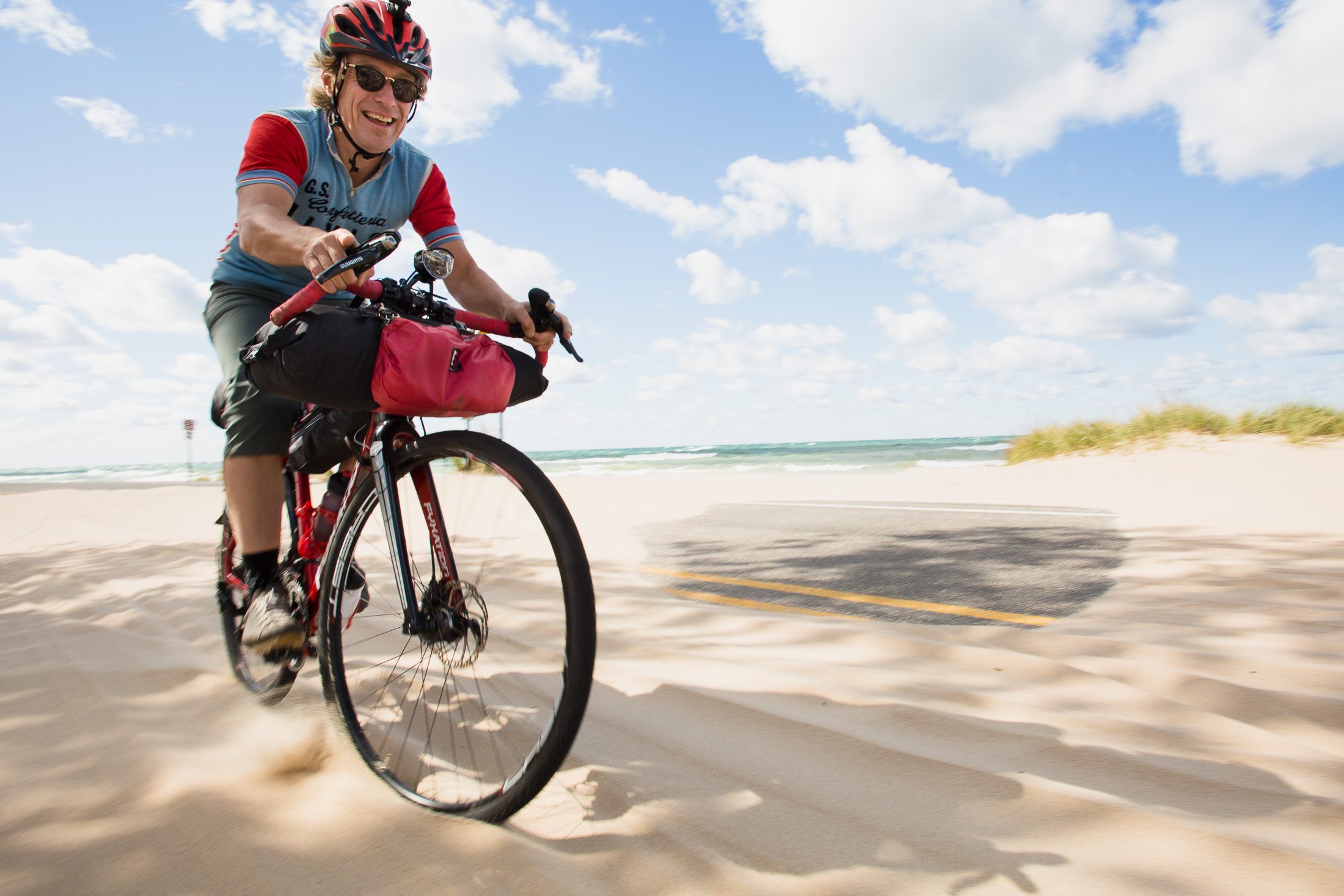 Nick said he is looking for another fork supplier for the second production run to add those features. As of today, nobody makes an aftermarket tapered-steerer carbon adventure fork with 12mm thru-axles and flat mount brakes. Niner makes a fork like that with 15mm thru-axles, but not a 12mm, which seems to be the new adventure road standard. If Fyxation can come up with a manufacturer to made my dream fork the next production round, I will definitely invest in one.

Specialized has my dream fork on their steel Sequoia, but you can’t buy the fork separately and the Sequoia does not come in a carbon frame. Besides, at $1,999 for a complete Shimano 105 2×11 build, the full carbon Fyxation Crusher is the real steal in my opinion. 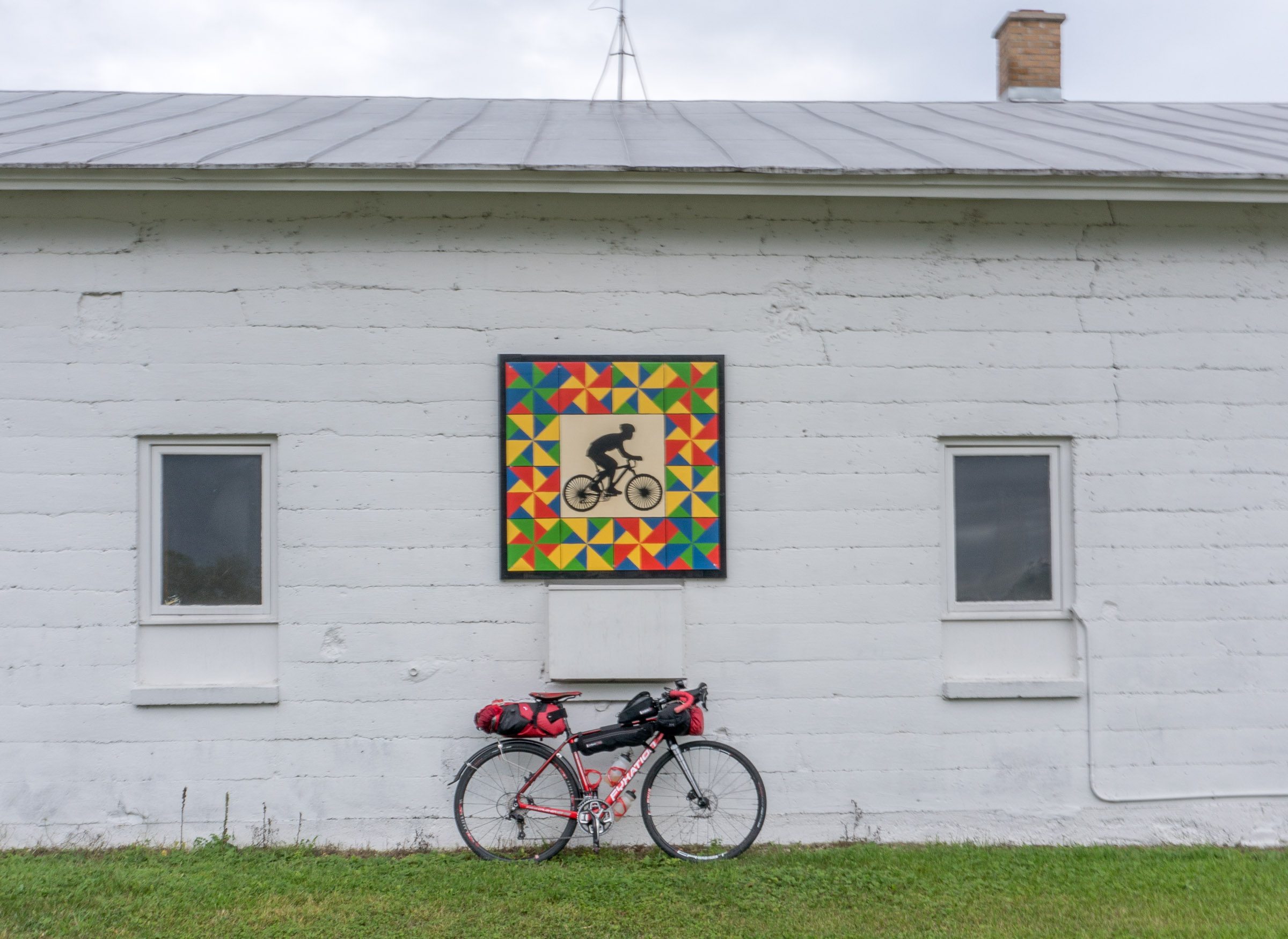 Thanks to Dave for sharing his thoughts. If you would like more information, head over to the Fyxation website.

Note: Riding Gravel received no money for posting this. We are not being bribed, nor paid, for this review and we will strive to give our honest thoughts and opinions and share others honest thoughts throughout the site.