Raleigh has been very proactive in getting into the gravel road bike/all road biking scene. It’s no secret here on RidingGravel.com that Raleigh tapped my opinions on what makes a great gravel road bike and made the Tamland series using 100% of my suggestions. That bloomed into the Willard aluminum bikes and now, in keeping with the weatherman theme, the carbon Roker series.

For 2016, Raleigh will have the most extensive “all road” line up available. Starting with the Roker carbon bikes, Raleigh has detailed the rigs out to accommodate most all gravel road riders needs. Massive tire clearances for the 40mm Clement MSO’s is first up. That’s a given across all three models, by the way. But what isn’t as clear is that the Roker will have three bottle mounts, flared drop bars, and tubeless ready wheels.  Specific to the Roker models will be the internal routing, electronic cable compatibility, and the through axles front and rear. These bikes will also feature hidden fender mounts and threaded bottom brackets. 27.2mm seat posts as well for better comfort. Geometry-wise they will be like the Tamland but due to constraints in the molding process, the Roker will have an ever so slightly lower bottom bracket. A good thing, if you ask me. 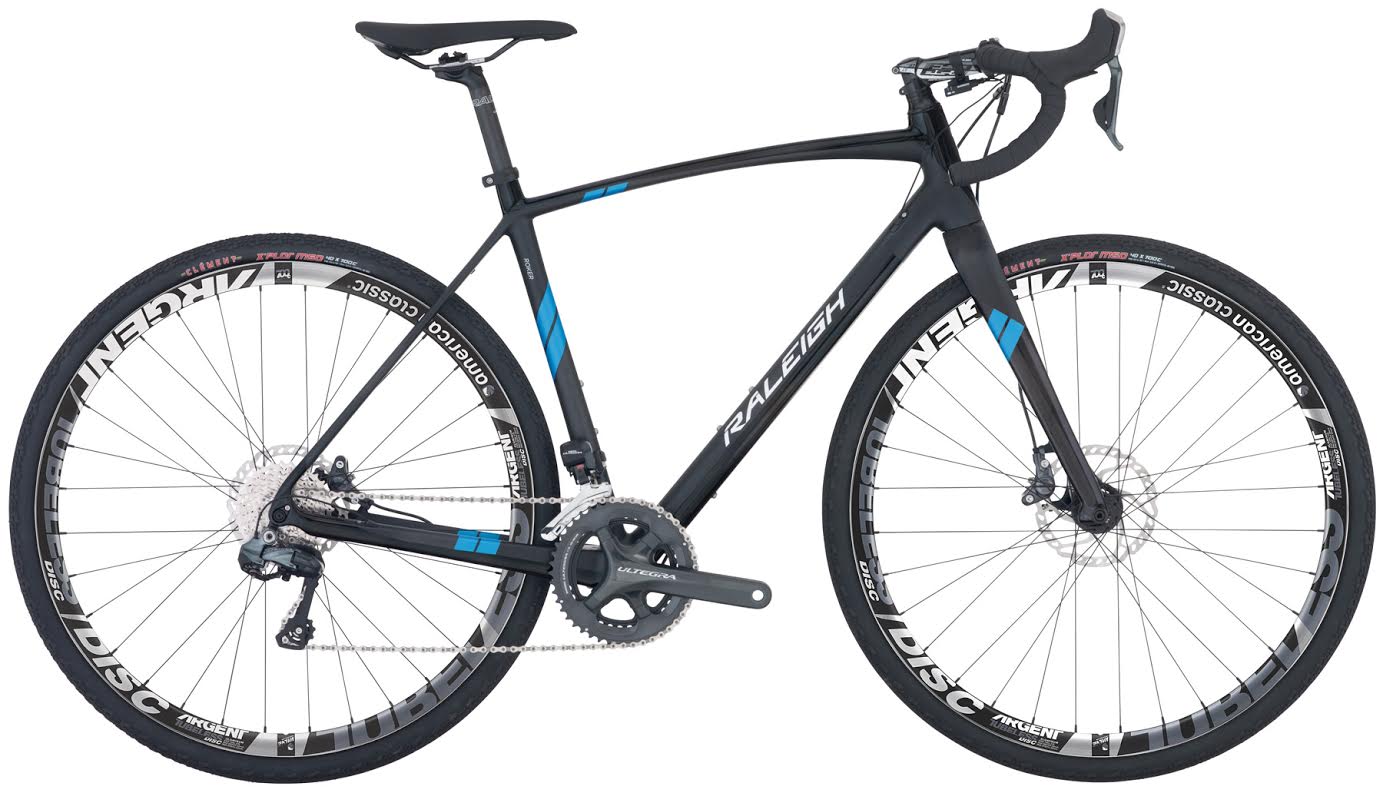 The top of the line Roker Limited will be a rarer bike in the series, but will be super racy with Ultegra Di2, hydraulic brakes,  and American Classic Argent Disc wheels. Expect to pay above 5K for this one, but the MSRP has not been finalized on this model as yet. The Roker Comp will have what looks to be hydraulic brakes, but again- spec is being finalized at this time, so I don’t have specifics. The Roker Comp in blue and black will be $3300.00. The red white and blue Roker Sport will be $2500.00 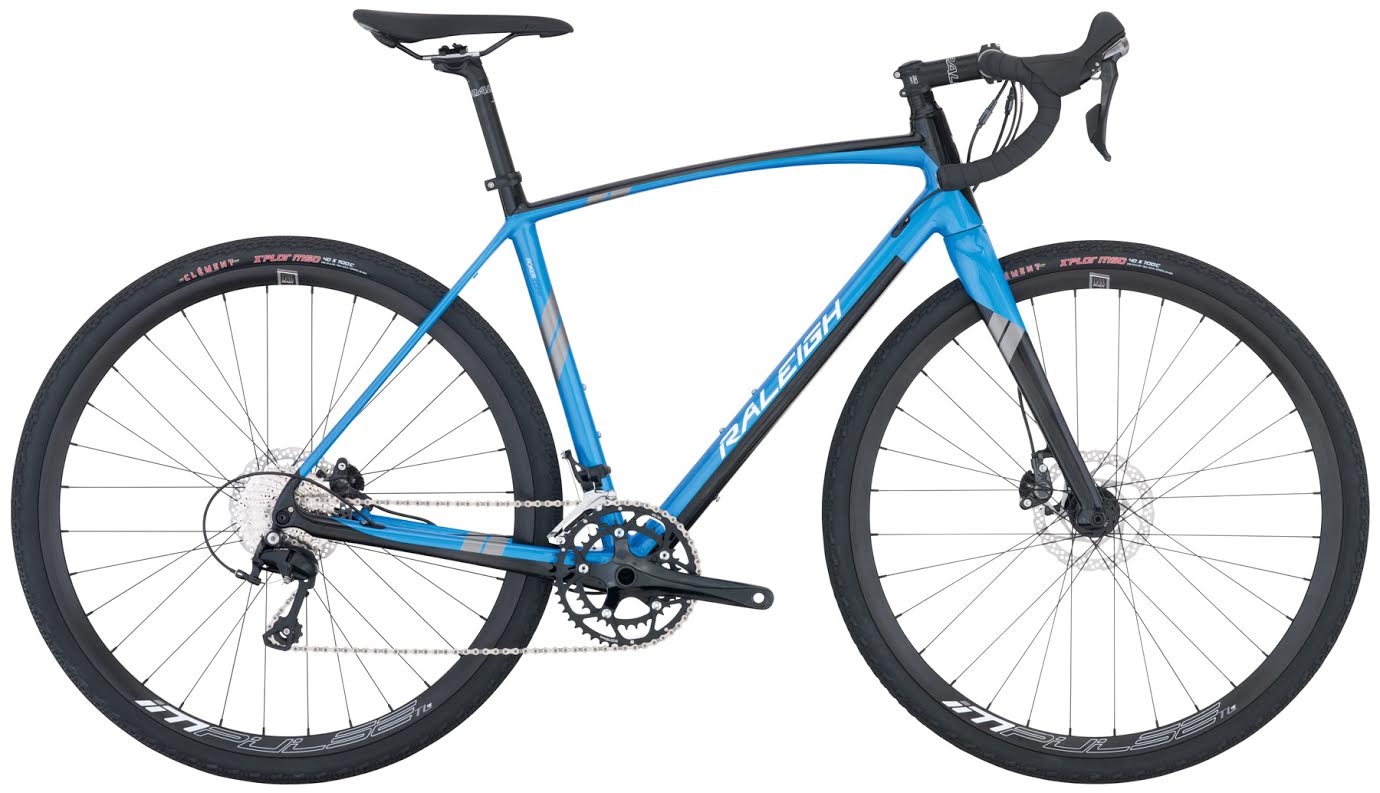 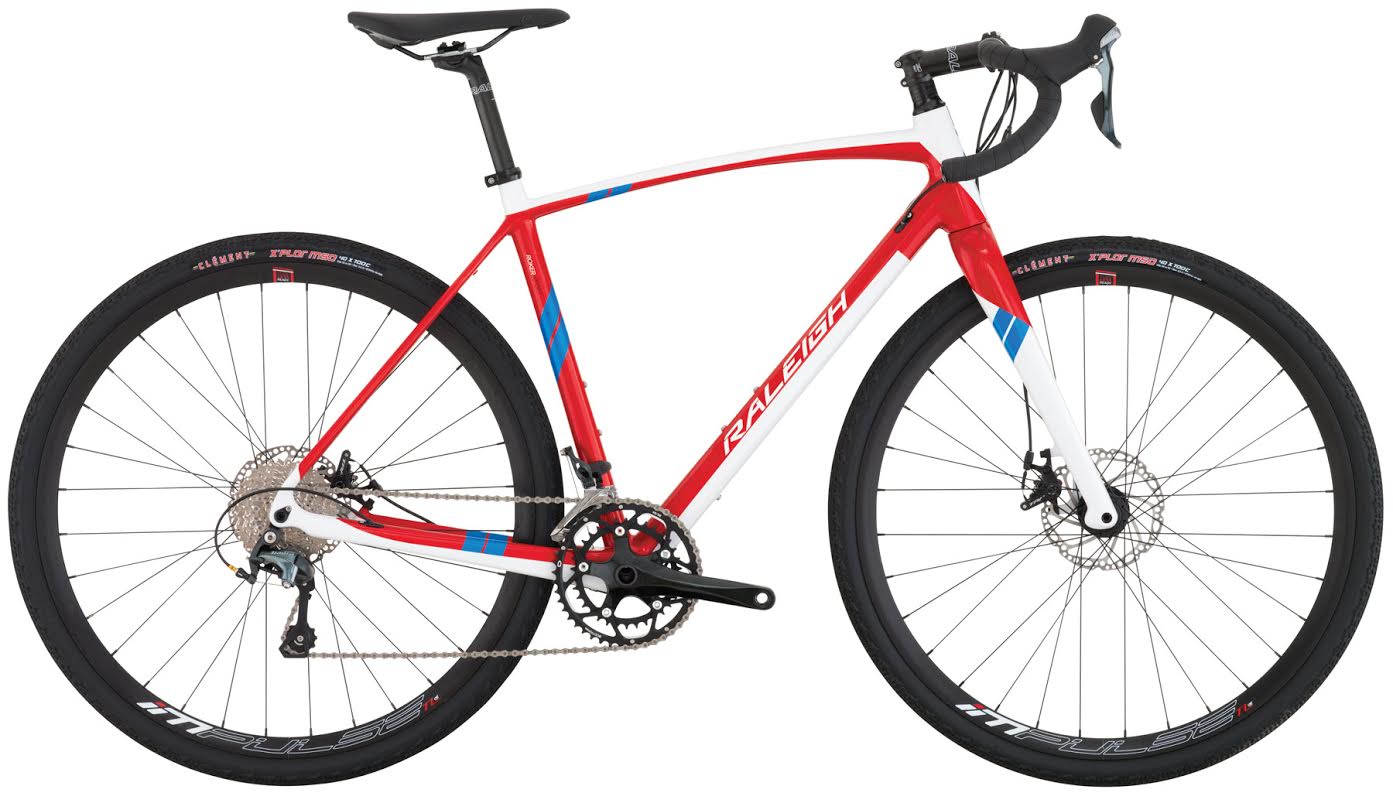 Okay, the Tamland is the steel frame/fork gravel-all road rig from Raleigh that started it all for them a few years ago.  The changes here are minor ones- There is the third water bottle mount, of course. The Tamland also gains an integrated seat clamp, flared drop bars, and the tubeless  ready wheels. The Tamland One will be $1750 and the Two will run $2400.00 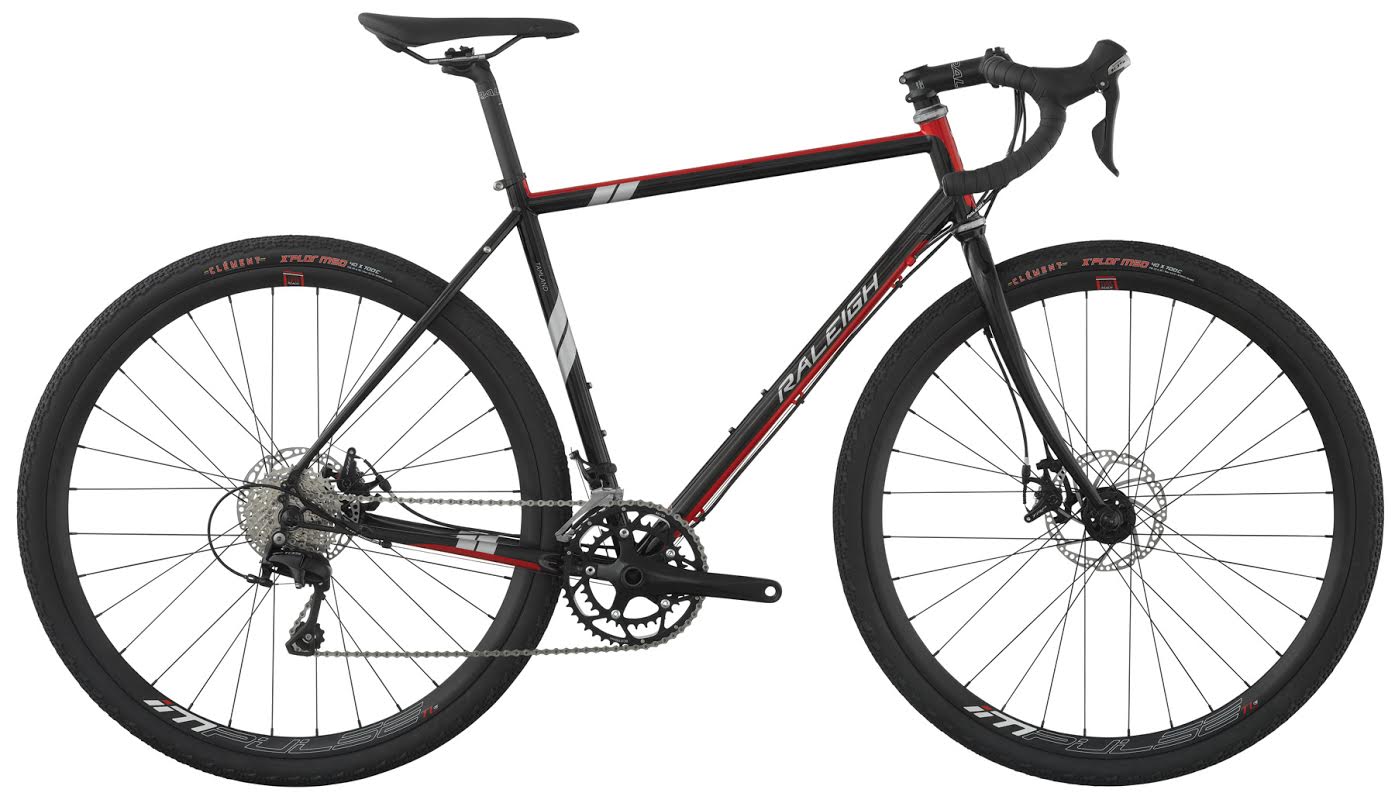 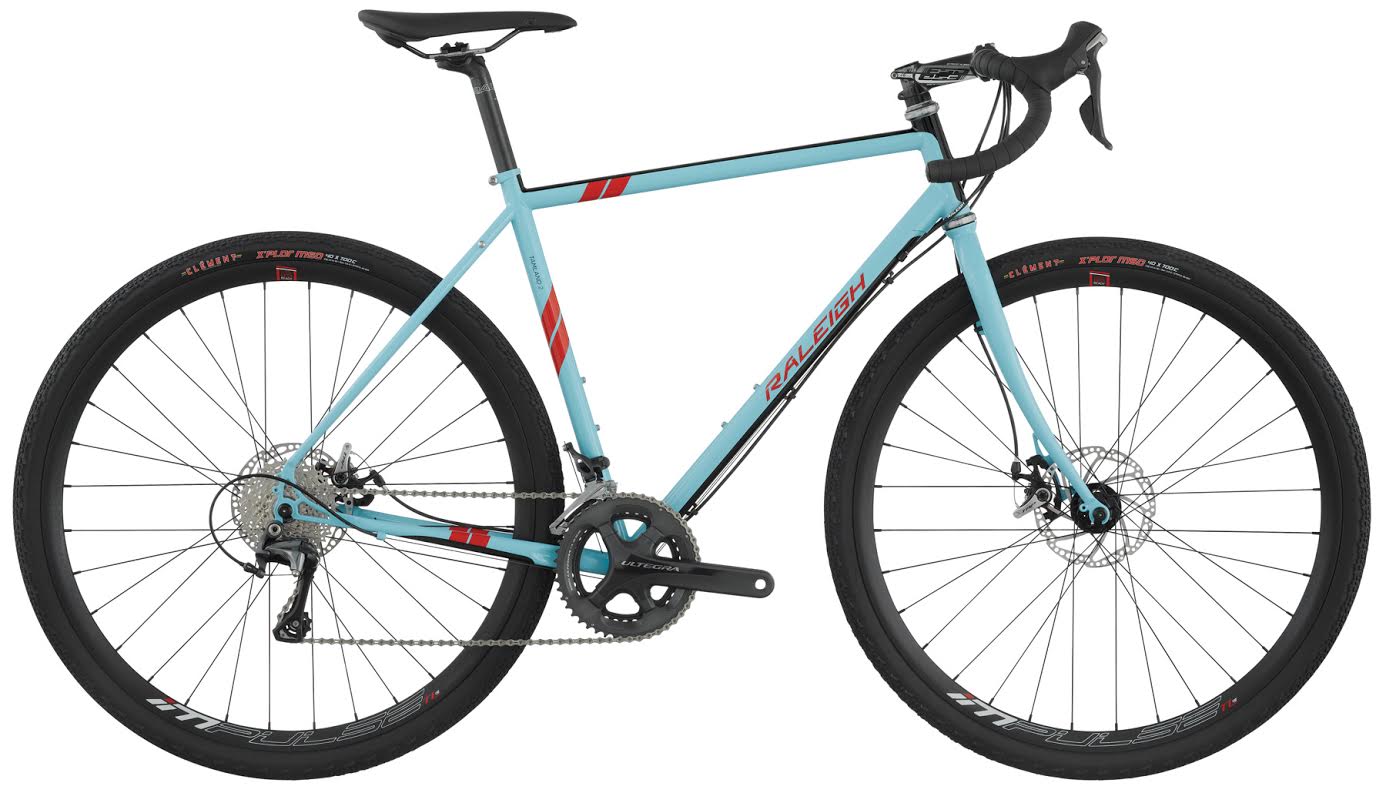 The Willard sees some significant changes. The aluminum frame/carbon fork bike will now have through axles front and rear. Then there will also be an interesting comfort feature in the vibration damping stem, (not anything like a traditional suspension stem, by the way), and a vibration damping seat post. Raleigh is calling these components “Anti-Shock”. Tubeless ready wheels with the flared drop bars as well. Prices are $1400.00 for the Willard One and $1750.00 for the Willard Two. 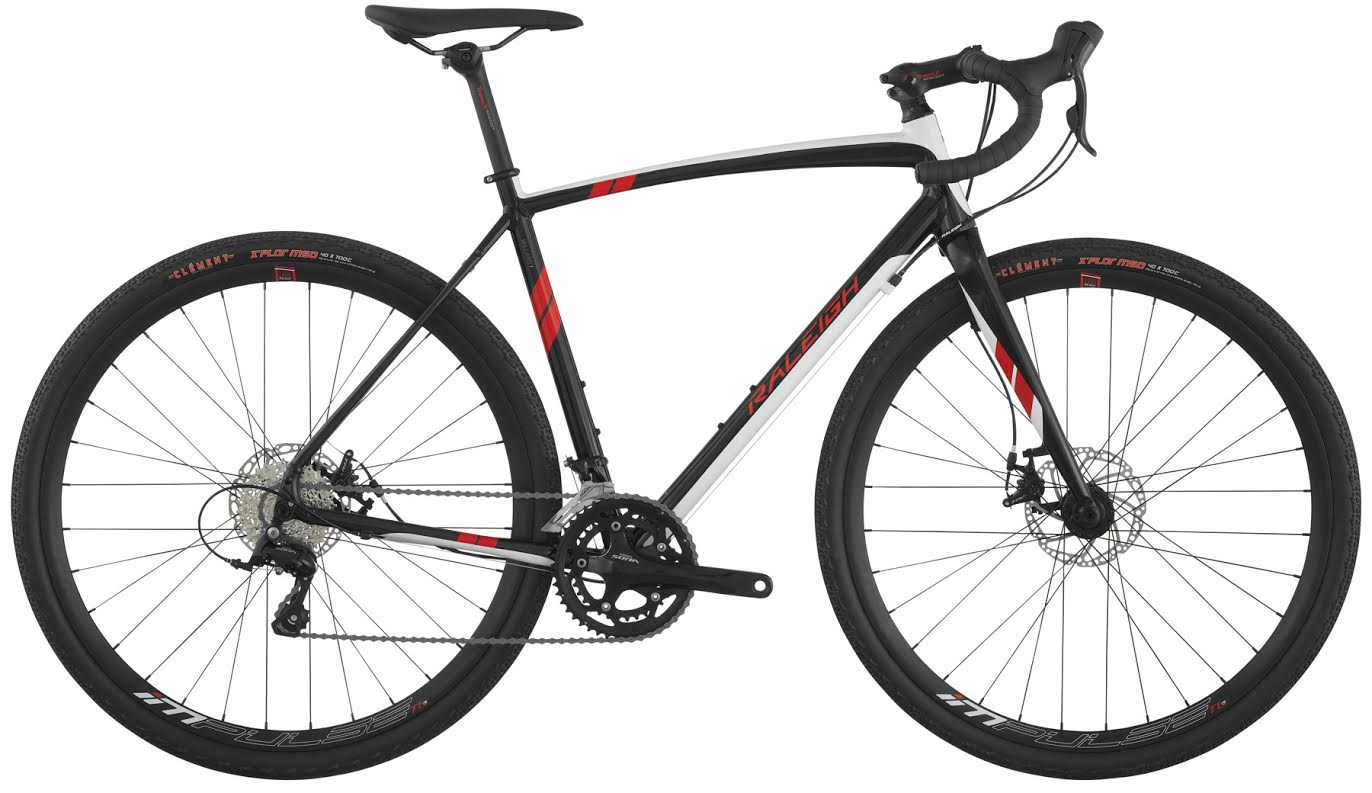 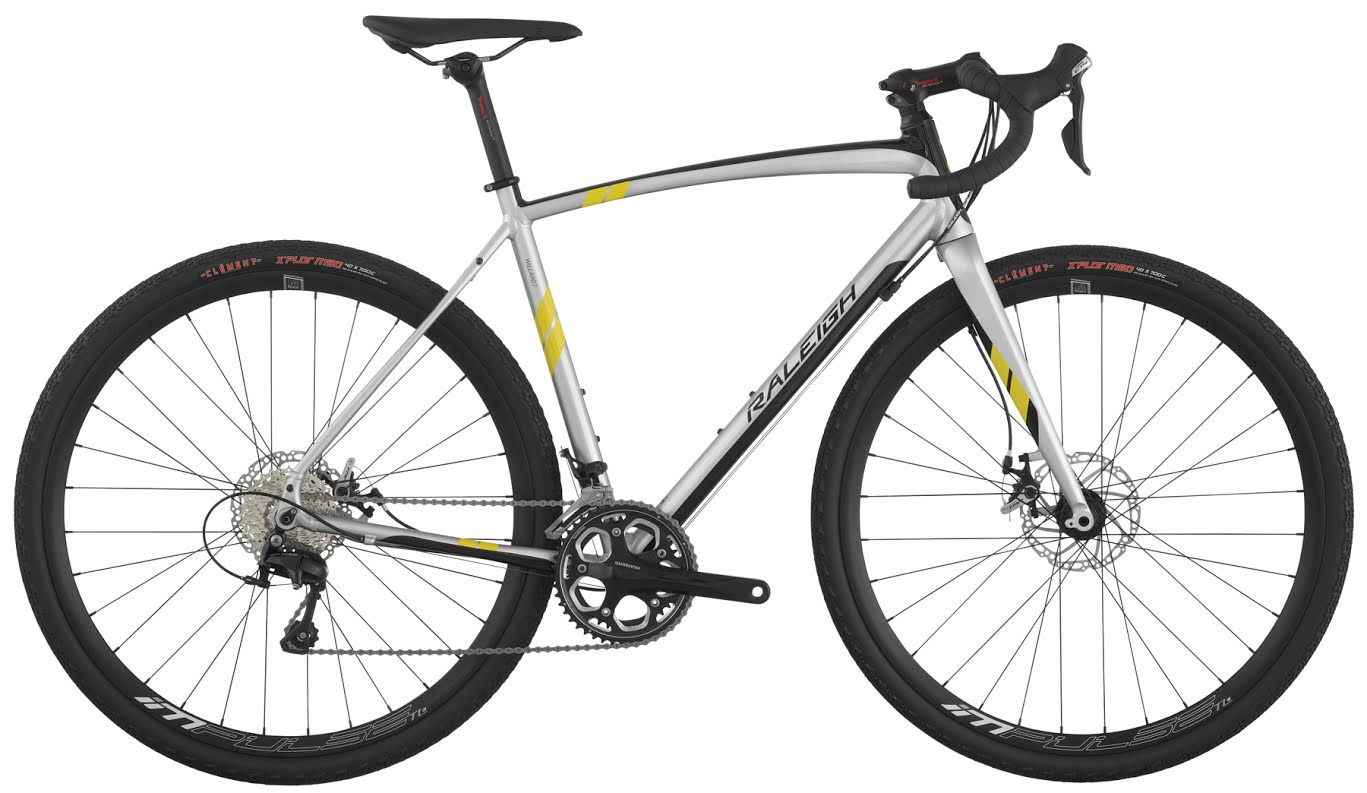 Look for the specs to show up on these bikes soon as Raleigh is debuting a new website later this week. The Roker, Tamland, and Willard models will become available through Raleigh dealers late in September and early October.

Thanks to Raleigh USA for the images and information used in this post.