<Back to News Home 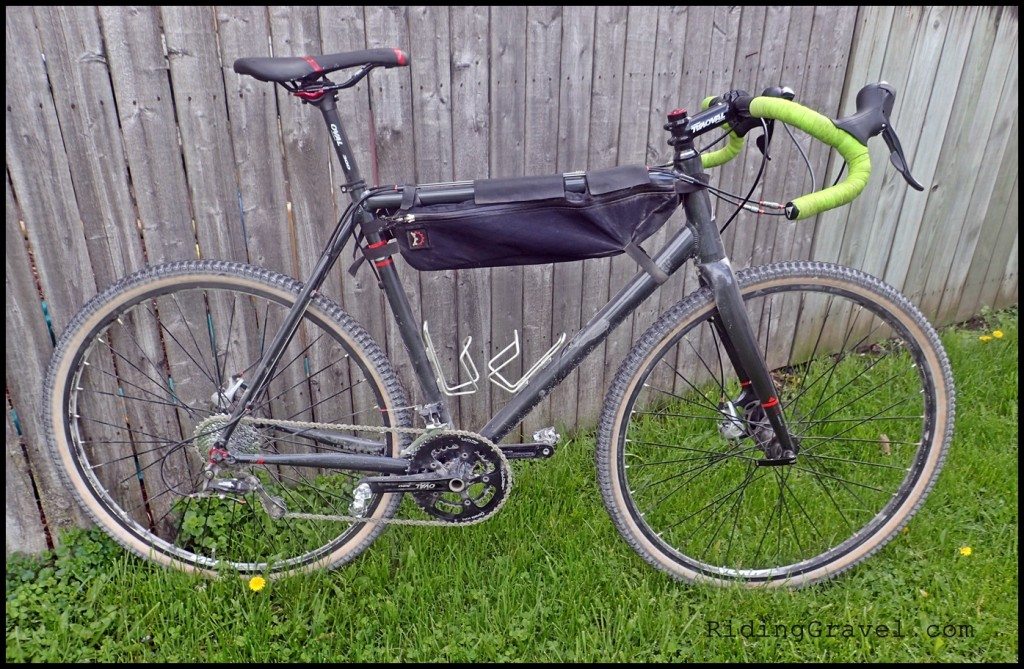 The Fuji Tread 1.3 is a bicycle aimed at the urban commuter looking for a versatile bike that can tackle the streets but can also do double duty as a weekend warrior cross bike, a sport tourer, or, as in my example above, be a gravel road going rig. The entirety of this review has been aimed at trying to see if the bike is really a good gravel bike, or just a pretender. My earlier posts can bee seen by clicking the links: Fresh Gravel, Getting Rolling,  and Checkpoint.

Now here is my final verdict on this bike………

At The Finish: The Fuji Tread series all share the same, aluminum frame. We have preconceived notions about aluminum sometimes that are not very complimentary. Many feel aluminum is “cheap”, low quality, or believe it rides harshly. Of course, considering the fact that almost every entry level bike is made from aluminum these days, you could maybe forgive folks for having those beliefs which are mostly true for those bicycles found in the “big box” stores. Even Fuji, as a brand, can be accused of such things as the company does make a broad variety of bikes in varying price points, some of which fall into that popular view of aluminum described above. 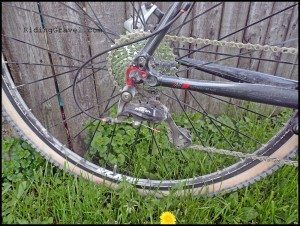 That small decal on the chain stay says this isn’t your garden variety aluminum frame.

However; Fuji didn’t just throw out an “ordinary” aluminum frame here, so the fears of a harsh, jackhammer ride with the Tread is unfounded. I found it to be quite decent, actually. In fact, I found the “custom butted” aluminum frame to be a bit flexy laterally. Standing and mashing the pedals vigorously would get the big, wide Bruce Gordon Rock & Road tire I mounted to rub the chain stays. I even had an instance or two of a flex induced ghost shift. Best to stay calm and spin here with this bike if you are a powerful rider or a bigger guy. Beyond that though, I found the frame’s ride to be rather pleasant.

The tendency for some reviewers is to give bicycles like the Tread leniency since, well…..they are not “top tier” bicycles which should be better. However; at almost one thousand dollars, the Fuji Tread 1.3 cannot be deemed as an “entry level” bike. This may be a good value in and of itself, but I am not going to give it any free passes because of its price either. The Tread 1.3 has a next to the bottom in Shimano’s road line drive train and shifters. That means you get somewhat vague shifting feel and ergonomics that are reminiscent of older Shimano STI levers. The drive train did manage to act decently on gravel and shifts were accomplished without to much difficulty, which is to say that it worked okay. The brakes, a lower level Tektro disc offering, worked really well. The rest of the parts, while not spectacular, were decent performers. There weren’t any klunkers in the Tread’s parts spec, but for almost $1000.00, it seemed a bit lackluster. Perhaps that frame and fork are where the money was spent in the production of this rig. If so, it was money well spent, but it is hard to “see” that just shopping around for bicycles. 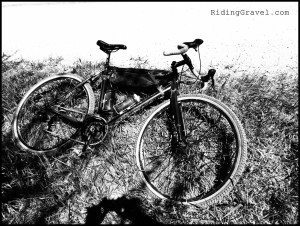 In the end-this frame shines better than I expected despite all the dire aluminum ride quality stories you may have heard. The Tread 1.3 looks sharp, with a very understated look, and the spec is solid if unspectacular. It just works and it rides with a nice feel. The stability in rough, loose gravel, is very good, and the Tread 1.3 can take on big tires which helps with this. A versatile bike which can do commuting and, with a couple of mods, gravel roads with aplomb. If you can afford to make those mods to get it a bit more gravel worthy, then this is a good bike to check out for your gravel adventures.

Note: Fuji Bikes sent over the Tread 1.3 bicycle at no charge for test/review. We are not being paid nor bribed for this review and we strive to give you our honest thoughts and opinions throughout.