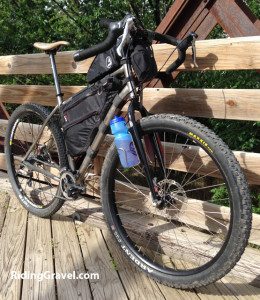 The SnakPak from J.Paks, as mounted on MG’s Salsa BWNN (Bike With No Name).