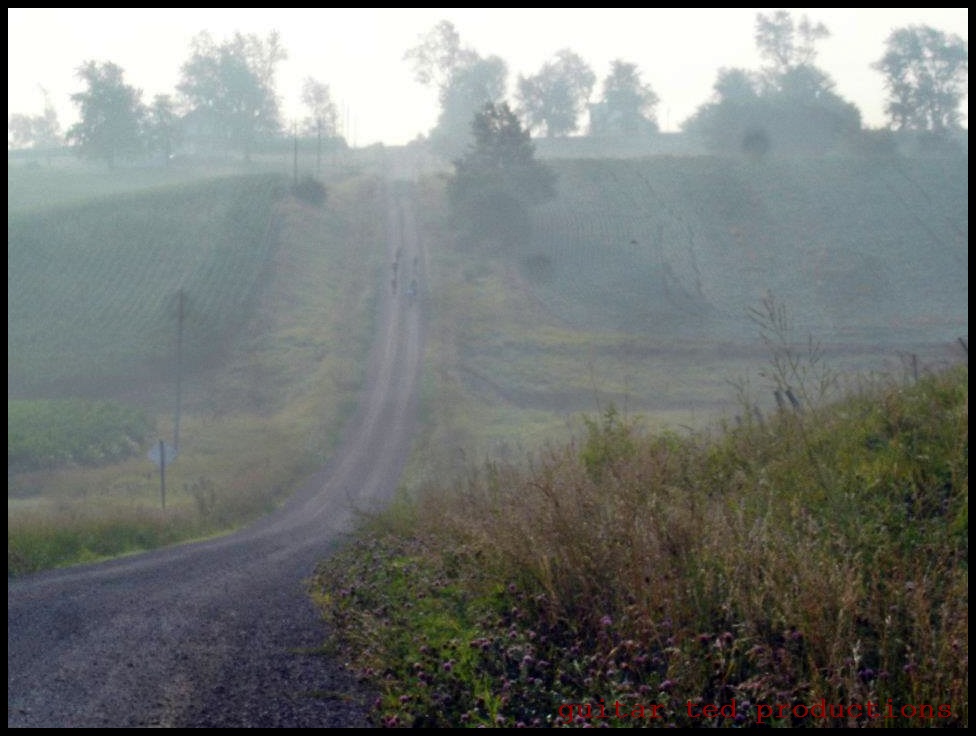 Fog: There is something about a foggy outing in the country. Fog can be mysterious, cooling, or the harbinger of a hot, humid Summer’s day. Whichever it is, fog can be fun out on the gravel instead of a fearful situation, as it is on pavement, since traffic is rarely an issue. Fog blankets the countryside and brings a different look to the surroundings. It gathers in the valleys and plays with the light.

It reminds you of its presence not only visually, but by its drip, drip, drip from the edge of your cycling cap, and the way it makes the dirt stick to your tires. It might mess with your camera lens in the form of condensation, as it did for my shot here. It chills you and maybe makes you a bit uncomfortable, but the views are well worth the trouble.