Bikerumor posted about the new Moots Routt 45 gravel bike today.  The Routt name is a nod to Routt County, the county that Moots HQ calls home. The Routt 45 is an updated version of last year’s standard Psychlo-X/Routt and it seems as if the updates have given riders a great, albeit expensive option, for those looking to have an all around bike for light touring, gravel, and whatever type of crappy roads they may encounter.

Bikerumor shared the following: “Moots has switched things up a bit with their cyclocross bikes, turning some of them into adventure/gravel bikes. Last fall, they split the ‘cross line into a standard Psychlo-X and the racier Psychlo-X RSL, giving racers a snappier bike while relaxing the other one to fit wider tires and have a bit more universal appeal. Somewhere between then and now, they decided to simply rename the standard Psychlo X as the Routt, and for Interbike 2014, they introduced the Routt 45, a longer, lower version perfect for light touring, bike packing and the freshly popular adventure/gravel bike segment…”

Click to read more about the Moots Routt 45 here 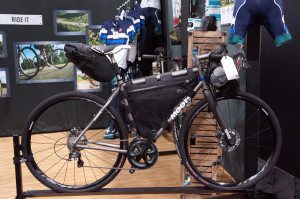 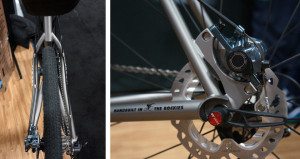 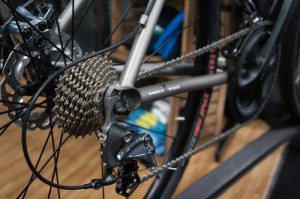