Editor’s Note: These news posts used be titled “Fresh Gravel”, but in a nod to our past, and to use a more appropriate title, we are bringing back “Gravel Grinder News” as a way to share pertinent press releases and event news on Riding Gravel. 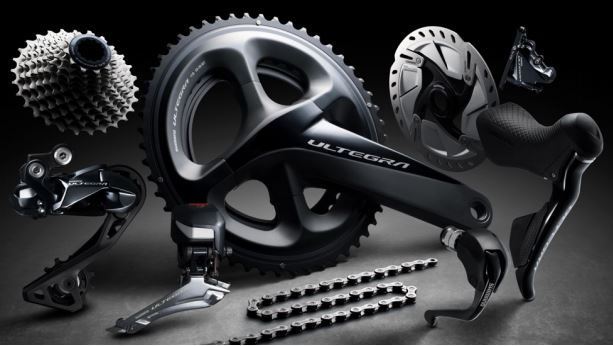 Shimano Ultegra 8000 Debuts: In a nod to the expanding “adventure/gravel” bike segments, Shimano has included a few tidbits in their newest Ultegra 8000 group that should be of interest to gravel road riders. Enhancements abound, as always, but specific details reveal some big changes in what Shimano is offering for gravel grinders everywhere.

The crank set is now designed to work more efficiently with 135OLD rear wheels and shorter chain stay lengths so that the chain will not hang up on the chain ring teeth. (Think cross chaining) There are also four chain ring combinations supported by one bolt circle diameter standard. 46/36, 50/34, 52/36, and the traditional 53/39 are available. But the big news in the drive train comes with what Shimano offers for cassettes and rear derailleurs in Ultegra 8000. 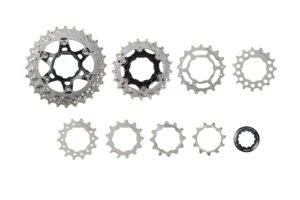 The new Ultegra 8000 cassettes utilize a dished last cog so that they will work on 11 or 10 speed wheels. 11 speed road free hubs will require a spacer with this cassette.

First, the wide range gearing needs of gravel road riders has been addressed by Shimano’s newest 11-34 cassette in this series. This cassette also will retrofit on to 10 speed wheels since Shimano used a dished last/largest cassette cog design. An 11-32 and 11-30 are also offered for those not needing such deep gearing.

The disc brake versions of Ultegra 8000 have also received enhancements with the most striking being the new rotors which are claimed to help dissipate heat even better than the previous version did.

Note: Information and images for this post were provided by Shimano