You are here: Home > Donnelly MSO 50mm Tire: At The Finish
By Guitar Ted on December 17, 2017 in Components, Tires

Donnelly MSO 50mm Tire: At The Finish- by Guitar Ted

With a few more rides logged before the real chill of Winter sets in here I was able to get my final verdict together on the Donnelly MSO 50mm tires. If you missed the previous post, please check that out here. Now with that out of the way, here is the final part of this review. 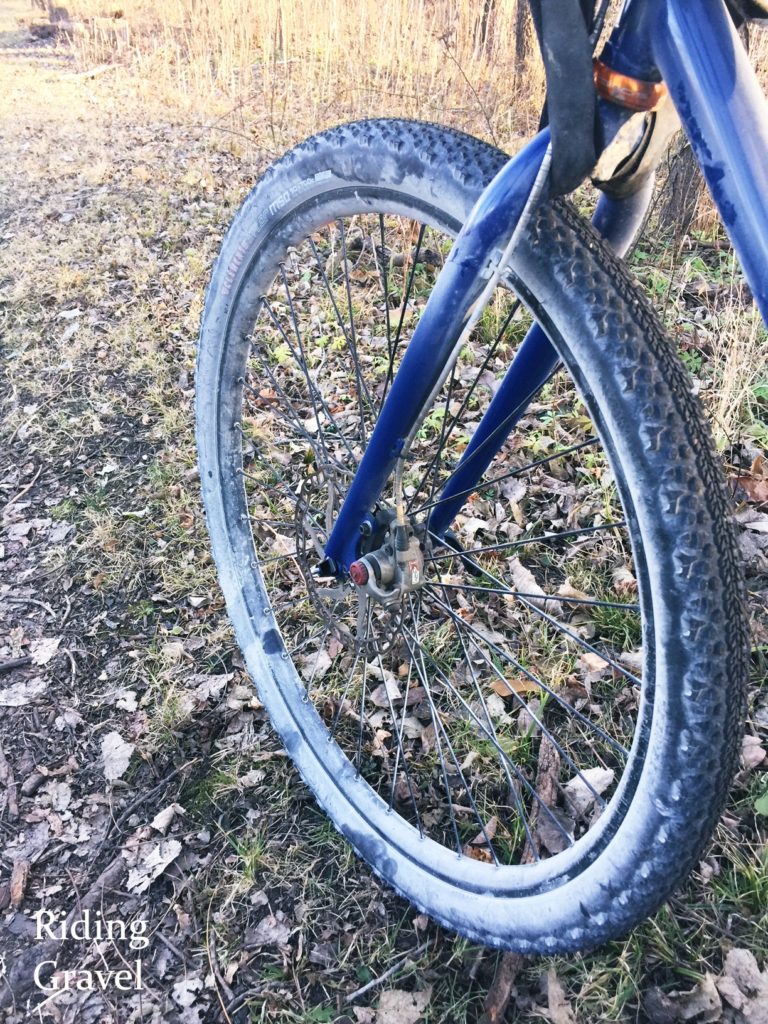 The MSO 50mm tire is large enough that many will be tempted into using it on a 29″er on single track. Since bikepacking overlaps the gravel riding segment a bit, I figured I’d better get these tires out and give them a whirl on the local single track. I’ve tested a lot of mountain bike tires in the past, and I know that the MSO isn’t going to be a great tire for aggressive cornering. It just doesn’t have the beefiest side knobs which would allow a rider to dig into a corner hard. That said, if you employ a bit of finesse, and if your conditions are “right”, you can really fly with the MSO 50. 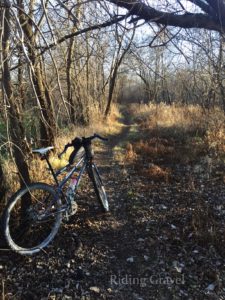 Seeking single track? Keep the MSO 50’s on smoother, buff trails and you should be fine.

I tried the single track on a day when the trails were tacked up just right and the sweeping, buff lines I was chasing were easy enough to navigate with the MSO 50mm tires. The tires perform much like a WTB Nanoraptor but are a bit stiffer in the casing than that tire is. No wonder when it weighs a bit more than a Nano does. That said, for bikepacking duties, you may be looking for a heavier casing to ward off the nasties, so this may play right into your plans. Especially so if single track will an occasional feature of your travels.

While there are not many tires out there claiming to be wide gravel tire designs, the MSO 50 is one and it is a pretty good design. While it isn’t as light and supple as the old standard- the WTB Nanoraptor- it does up the game from the standpoint of toughness and the tubeless performance is very good as well. I haven’t seen a lot of wear on this tire, but other versions of the MSO have been reported to have some issues with accelerated wear. That’s something I will be keeping an eye on for the future with these tires. Otherwise it is hard to fault this tire for its intended purposes. The only nit I have is that they weigh as much as they do, but they ride just fine and with the beefy sidewalls, they should have a better chance of surviving rougher rocks.

At The Finish: The Donnelly MSO 50mm tires are an adventure tire with a bent towards the durability and reliable side with its thicker casing and puncture protection belt. It has a decidedly more toothy tread than other MSO variants and with its tubeless design, would make a good bike-packing tire. The weight is more than other tires in its class, but it seems to roll well in spite of that. The MSO is a true 50mm wide and does a bit better on dirt and semi-loose to hardpack than others in this class.

Note: The Donnelly (Clement) MSO 50mm tires were sent to Riding Gravel for test and review at no charge. We are not being bribed nor paid for this review and we strive to give our honest thoughts and opinions throughout.

5 Responses to Donnelly MSO 50mm Tire: At The Finish